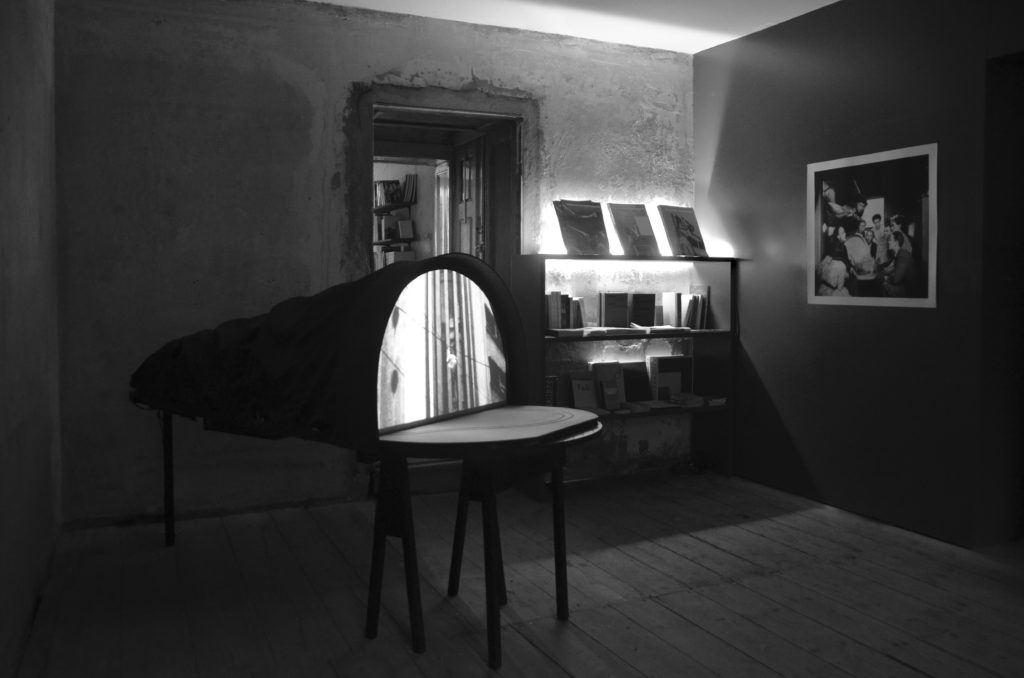 At the turn of the year Romana Schmalisch’s Mobile Cinema returned to Archive Kabinett in the frame of the exhibition Mobile Cinema – Two steps back. This presentation apparatus – somewhere between urban model, cinema, and plate camera – derived its form from Alexander Medvedkin’s film The New Moscow (1938), in which an engineer used it to present his designs and visions for Moscow on his journey into the Soviet capital. The real space is replaced by a city of models representing a new reality by cinematographic means.

For Archive Kabinett, the artist compiled a programme of excerpts from her films created on and for her travels with the Mobile Cinema across central and eastern Europe, which examine the planned and real changes of urban spaces and utopian experiments by means of films and models, marking the distance between historicity and actuality. 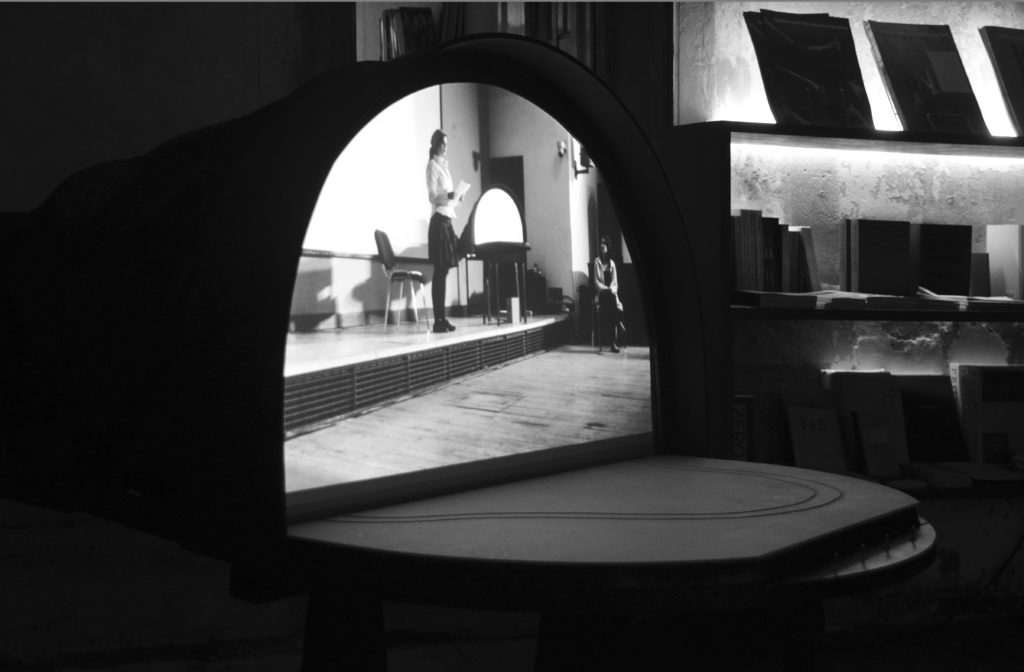 The exhibition also included the film Preliminaries (with Robert Schlicht, 2011), which revolves around Vera Mukhina’s statue Worker and Kolkhoz Woman – designed for the Paris World Exposition 1937, which later became the logo of the Mosfilm company. Examining Stalinist film and real politics, the film reconstructs the notion of a predetermined future in the light of which the present appears only as preliminary, as symbolically already overcome. This ‘bright future’ was the intention of Socialist realism in cinema – but it could also serve as a legitimisation for the Moscow show trials, which themselves staged a prefigured future. Preliminaries examines the historicity of cinema and the uncomfortable proximities between cinematographic production and the production of ideologies.